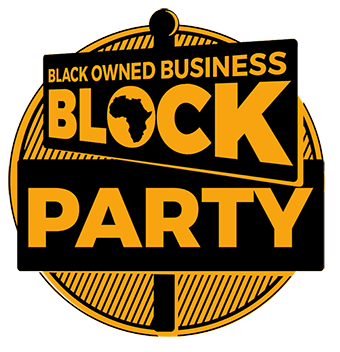 In 2014 Be On It was crowned the champions of a national competition called Strange Arrange. Strange Arrange is a competition put on my Soundtrack Entertainment, where the top 5 bands in the nation compete in Nashville TN. From that opportunity, Be On It has landed major opportunities to work with some of the industry’s top artist, such as Sony Music Videos or shooting a music video with PJ Morton (Maroon 5). You can find some of those music videos on Youtube and iTunes.

Eli Lou is an upcoming local Indy artist. Indiana born and raised, she started singing before she could speak. During her school age years she participated in anything music related, such as band, orchestra, and of course choir. Music has always been her passion and when Fazle, Eli’s manager, gave her the opportunity to record her first song she jumped at the chance. Eli Lou released her first single “Sorry” feat. Fazle (available on all streaming platforms) in 2019. Eli Lou has just recently released her second single “Nevermind” also available on all streaming platforms. “I’m so honored and excited to be asked to perform at the block party! Can’t wait to make history with so many talented people. This Neo Soul/R&B songstress joins Native Sun and Be On It on Saturday, August 6, 2022 from 11a – 5p from the main stage for tha biggest block party yet!

Shae Sparks is a musical artist who creates, performs and releases music that is primarily hip-hop, however occasionally merges with other genres such as pop, rock, and R&B. Shae insists on creating music that serves a purpose and prides herself on taking no shortcuts when it comes to spreading a message. Born in Indianapolis, IN, Shae’s passion for music was cultivated at a young age by her dad, as he too was musically inclined. Shae’s musical journey was fashioned in the church choir, which provided the foundation of what was to come. After her talent was acknowledged and praised by the church’s choir director, Shae did not take her gift lightly. Shae took ownership of a go-getter attitude and found ways to showcase her talents with local and traveling performances. All while trying to make her mark in public, Shae utilized platforms like Youtube to grow an online presence, amassing nearly eighty thousand views showcasing her talents of dancing, singing and rapping.
Shae’s first release, “Young Phenom,” gave Shae a notable presence amongst her classmates and in the local music community. This notoriety allowed Shae to involve her talents in school, songwriting and crafting songs for the school’s TV morning announcements, all which led to capturing the attention of one of Indiana’s biggest news stations for her musical ability. Shae released her first project, The Youngest in Charge in 2019, followed by her self-produced EP Girls Can Too in early 2020. In 2021, Shae delivered two singles, “The People’s Champ,”and “Let it Rock,” with the intention of giving her audience range and showcasing her versatility. In 2022, Shae is continuing to build upon the extensive journey ahead of her, dropping new music while also extending her pen, songwriting and penning songs for herself and other artists. Just barely scratching the surface of a long journey ahead, It’s always “What’s next?” in Shae’s world as she continues to follow her dreams and make them a reality.

DJ Boogie Bang is a Indianapolis Native that has always had a love for music. He started rapping and eventually became one of Indy’s Most Popular DJ’s. His resume is extensive, he is a Graphic Designer, Podcast Host and Proud father of 5. Dj Boogie Bang is know for his smooth transitions and unique song selections. He keeps the crowd moving and engaged. If it ain’t Boogie it don’t Bang!

SoundOff, is creative collective that aims to amplify local talent in Indianapolis through events, promotion and curation. To find out more about SoundOff check out our website SoundOffNaptown.com

A collection of SoundOff DJ’s curated by SoundOff’s founder, Nigel Long (AKA DJ Grapevine) will be holding down the soundstage located at Cleo’s Bodega during the event, keeping the vibe going on the far end of the Flanner House grounds with various DJ’s playing a diverse mix of Afro Beats, R&B, Hip Hop and more for the patrons and vendors in the area during the event!